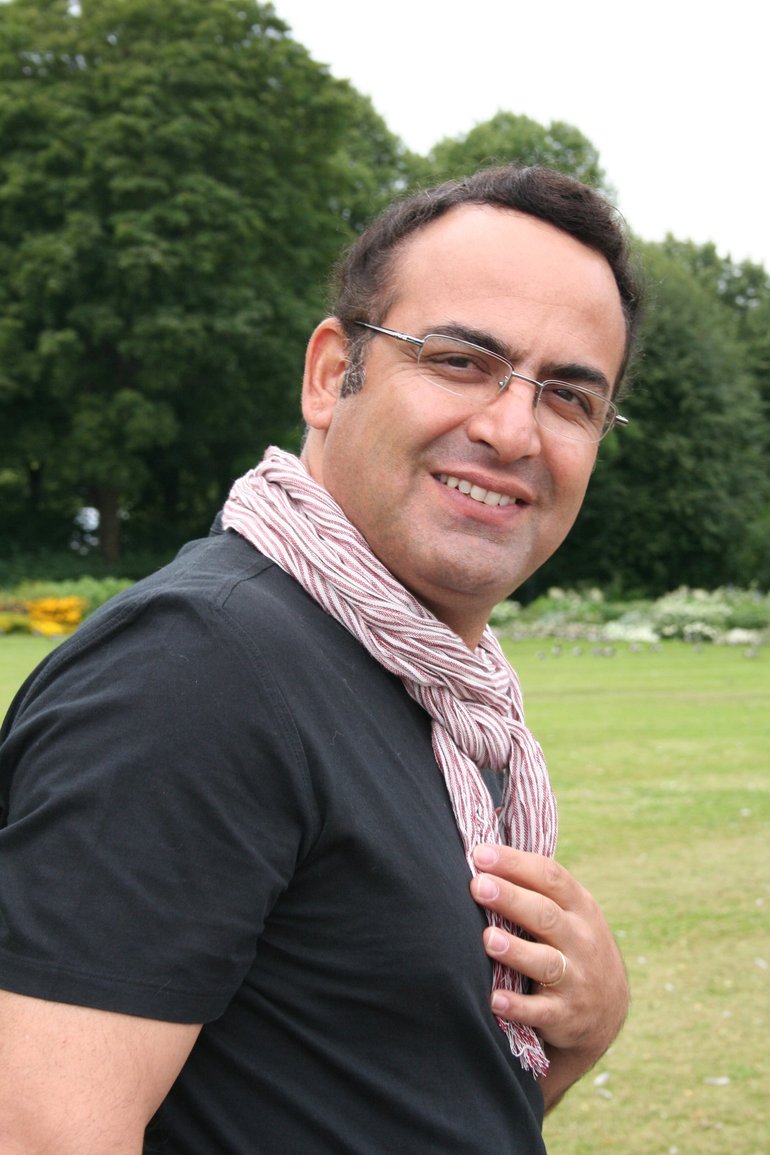 Farshad Jamali (Persian: فرشاد جمالی‎‎) (born 24 August 1965) is a Persian classical music vocalist, singer and traditional Persian instrument player.
He was born in Khorasan in a music-dedicated family and his mom was his real encouragement. While he was getting his bachelor in accounting, he began studying knowledge of technique and rhythm under supervision of Karim Saleh Azimi, Razavi Sarvestani, Rambod Sodif, Dr Hossein Omoomi and Mohsen Keramati and took some coursese from Honarestane Moosighi. He learned Tar which is a Persian hand drum, under supervision of Hooshang Zarif and Zeidol-allah-Tolooe. Simultaneously, he was being tutored by Bijan Kamkar for Daf which is another traditional Persian instrument. He accompanied some concerts in Canada, Denmark and Iran with a huge success.